The Most Powerful and Gentle Technique for Resolving Pain and Restoring Optimum Health.

Thrive Wellness Center is the only wellness facilty in Florida that was directly trained by a student of the great Dr. Russel Osborn. No matter how acute or chronic your pain is, this technique will resolve it and return you to a life free of pain.

The technique developed by Dr. John Hurley in the 1930’s was originally called Aquarian-Age Healing. Hurley’s technique was about healing for the body and for the planet, which is what has defined the Aquarian-Age.

The principles that he talked of in his books incorporated the structural assessment of the body and removal of distortion through the principles of “Bio-Mechanics and Bio-Engineering”. 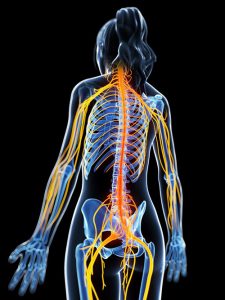 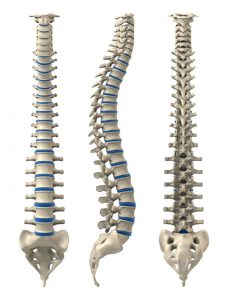 Dr. Russell Osborn worked for about 55 years as a clinician, using solely this technique to treat clients. He would discuss farming and diet with his clients, and was especially adamant against the use of drugs, but his real contribution to the technique was through his years of hands-on work and teaching. He added to “Bio-Mechanics” through his findings and through his discussions with Dr. Hurley. These findings, he passed on to the students that he trained in the later years of his life.

The Hurley/Osborn treatment is a gentle, non-invasive, subtle-energy body and spinal alignment, which results in the release of physical strain and fatigue. This will:

“Lack of symmetry in the body demonstrates the degree of distortion in the bones, joints and tissues in order to keep the structure balanced around the center line of gravity. When normal function is interfered with, congestion and malfunction result.”

The Hurley/Osborn Technique is based on assessing, and correcting the position of the sacrum, a triangular shaped bone at the base of the spine that is considered the “keystone” of the body. The sacrum is the posterior of the three bones that make up the pelvic girdle. This is a pivotal point in the body because it is located right at the body’s centre of gravity. It is, therefore, the bone most responsive to the stresses being exerted downwards from the upper body, as well as the forces coming up from the ground through the legs.

The sacrum acts like a shock absorber in ordinary activity, but if the muscles become fatigued through overuse, poor nutrition, stress, habitual holding patterns, or injury the body’s elastic limits are exceeded, and the sacrum moves away from its ideal position by typically tilting forward. This misalignment sets up a pattern of poor posture and muscle contraction in the whole spine that is exacerbated by the unyielding effect of gravity. Because the centre line of gravity is shifted, the body is then under constant musculo-skeletal stress as it attempts to realign itself. The Hurley/Osborn technique corrects the position of the pelvic girdle, by ensuring that the sacrum is realigned and balanced both in space and within the body. 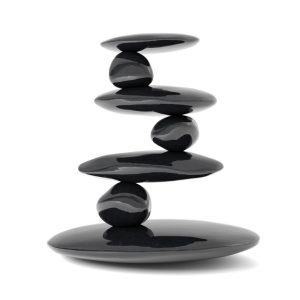 The forward tilting of the sacrum, accompanied by its natural rotation, can be seen using a plumb line – a string hanging from the ceiling with a weight on the end – as a guide. Forward tilting creates a lack of body symmetry, either side-to-side (scoliosis), or front-to-back (lordosis, sway back, kyphosis, rounded mid-back, shortened neck and forward head position). This lack of symmetry is the body’s way of adapting to the movement of the centre of gravity caused by misalignment of the sacrum .

When your muscles are strongly contracted over a period of time circulation to the muscle is impeded, toxic wastes accumulate and nerve endings become irritated. This causes symptoms of mild to severe pain wherever the muscles are working the hardest, or wherever the tension is creating pressure on joint surfaces.

“Tension comes from holding up against gravity. This work reverses the process of deterioration due to gravity”

** Quotations were directly taken from teaching situations with Dr. Osborn